Population genomics of speciation and adaptation. 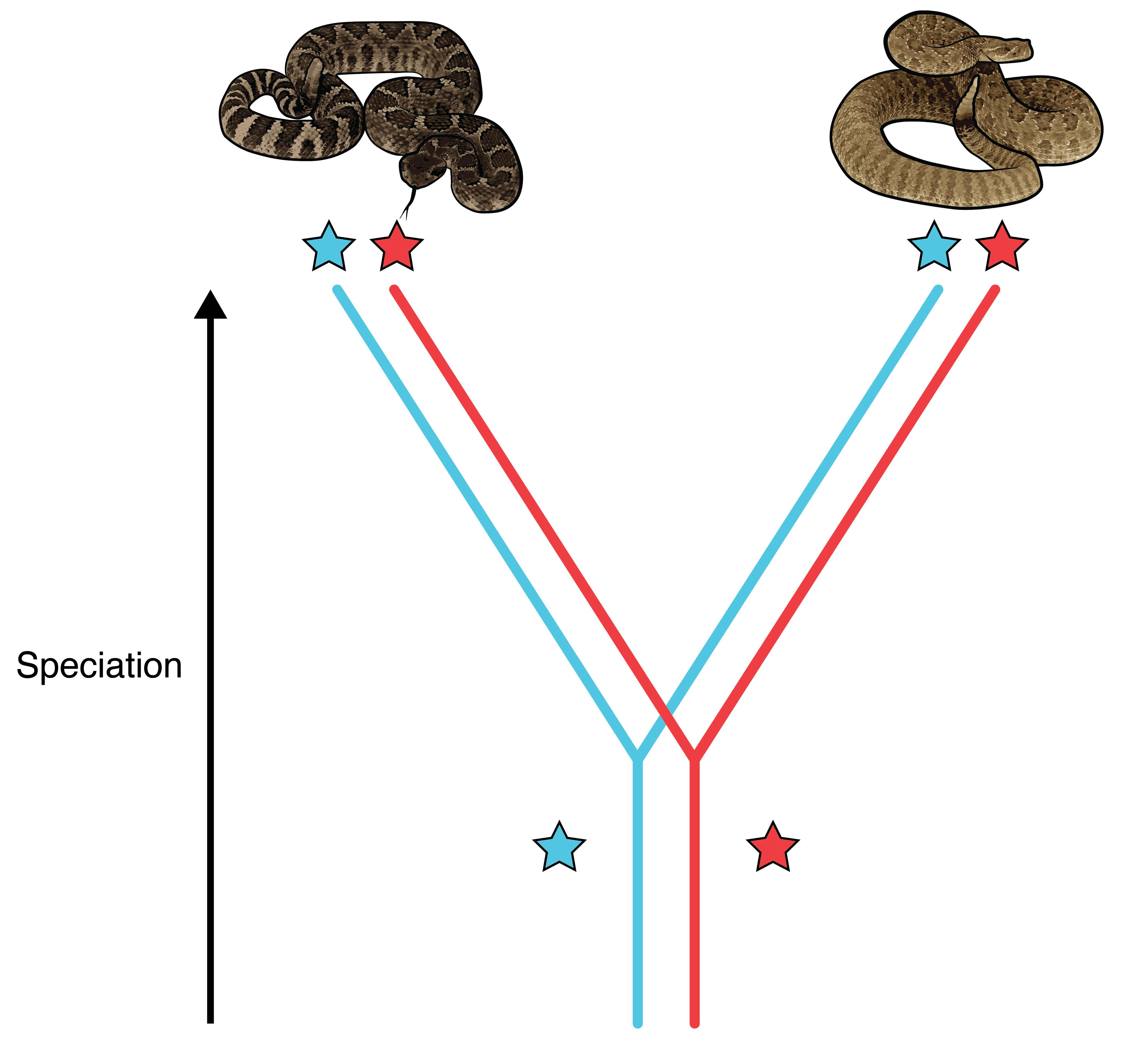 The roles of balancing selection and recombination in the evolution of rattlesnake venom. 2022. Nature Ecology and Evolution.

The origin of snake venom involved duplication and recruitment of non-venom genes into venom systems. Several studies have predicted that directional positive selection has governed this process. Venom composition varies substantially across snake species and venom phenotypes are locally adapted to prey, leading to coevolutionary interactions between predator and prey. Venom origins and contemporary snake venom evolution may therefore be driven by fundamentally different selection regimes, yet investigations of population-level patterns of selection have been limited. Here, we use whole-genome data from 68 rattle- snakes to test hypotheses about the factors that drive genomic diversity and differentiation in major venom gene regions. We show that selection has resulted in long-term maintenance of genetic diversity within and between species in multiple venom gene families. Our findings are inconsistent with a dominant role of directional positive selection and instead support a role of long-term balancing selection in shaping venom evolution. We also detect rapid decay of linkage disequilibrium due to high recombination rates in venom regions, suggesting that venom genes have reduced selective interference with nearby loci, including other venom paralogues. Our results provide an example of long-term balancing selection that drives trans-species polymorphism and help to explain how snake venom keeps pace with prey resistance.